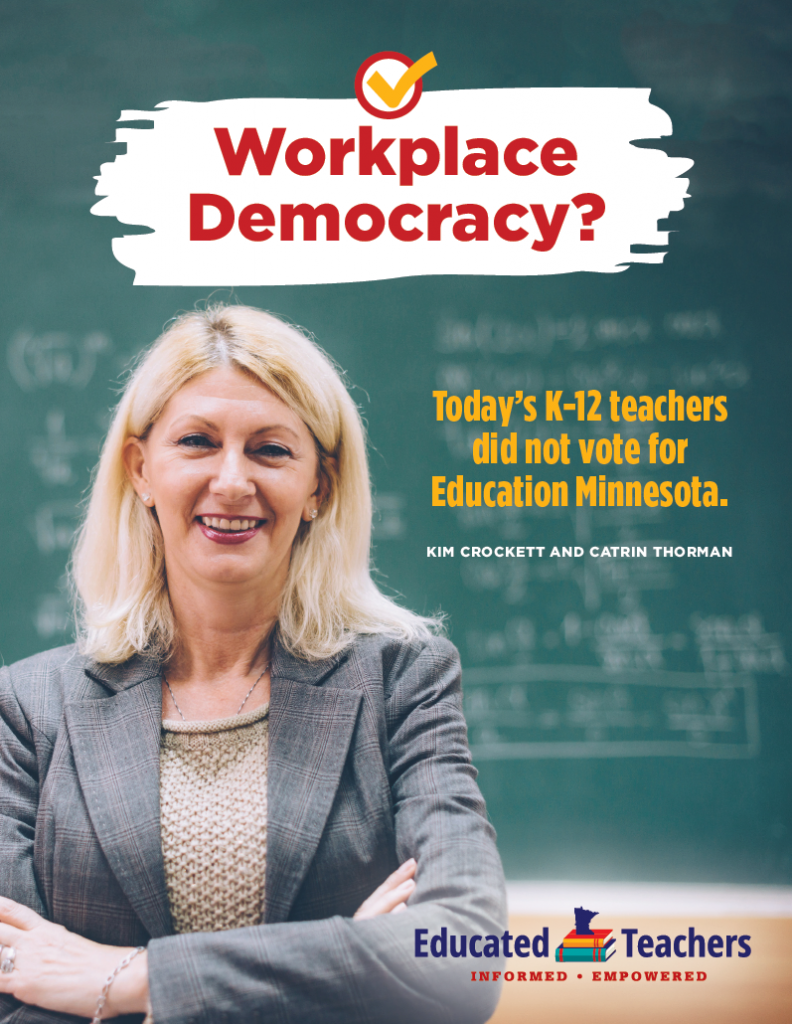 Despite the union’s stated “commitment” to “workplace democracy” as one of its core, institutional objectives, teachers have no way to assess their exclusive representative relationship with Education Minnesota. 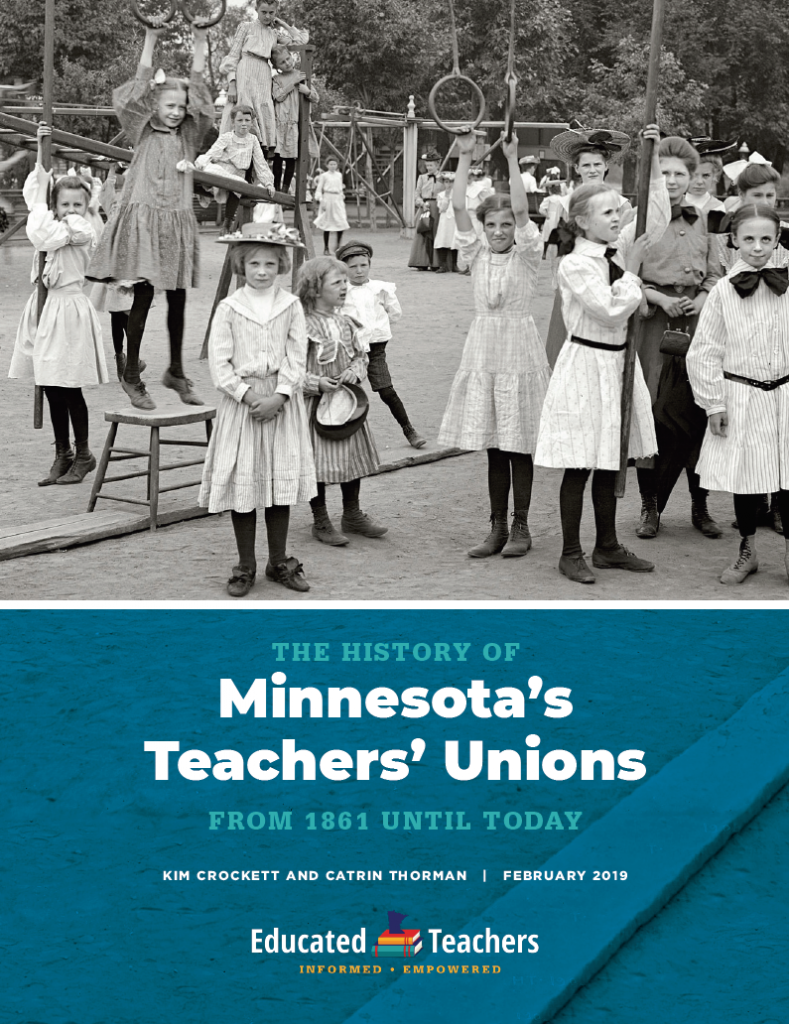 The History of Minnesota’s Teachers’ Union

Minnesota played a key role in advancing the idea of collective bargaining for public school teachers in the United States. The first teachers’ strike in the nation took place in Minnesota in 1946. While that strike was illegal, less than three decades later Minnesota passed the Public Employee Labor Relations Act (PELRA) in 1972 and amended it in 1973 to allow for a limited right to strike.

The goals and philosophical views of the early teacher associations—the Minnesota Education Association (MEA) and the Minnesota Federation of Teachers (MFT)—varied in significant ways, but generally the idea was to improve the pay and working conditions for teachers and to raise the standards of the teaching profession. 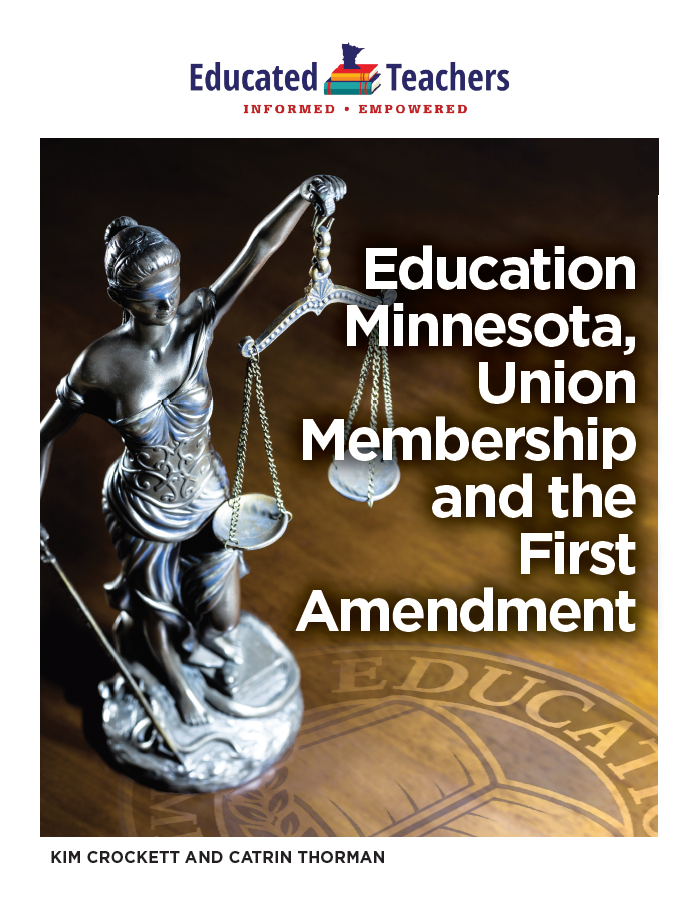 Until recently, teachers and education support professionals (ESPs) did not have a meaningful choice about union membership. Minnesota’s K-12 teachers and ESPs were required, as a condition of employment, to either join Education Minnesota or decline to join but pay 85 percent of dues (i.e., “fair-share” or agency fees) while losing all the rights of membership. That changed on June 27, 2018. Now educators, for the first time in over forty years, have a more meaningful choice about union membership.

This paper explains what the Supreme Court said in June of 2018 about agency fees, how the terms of union membership are out of compliance with the Constitution, and how Education Minnesota collects and spends teachers’ dues.