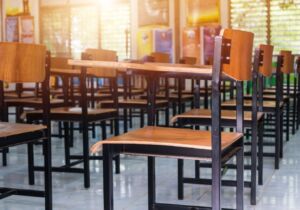 The National Education Association (NEA) held its annual meeting and representative assembly over the Fourth of July holiday, as it does every year. But unlike years past, the union’s business agenda was not publicly available on its meeting website. Could this be because coverage of the union’s annual meeting continuously draws attention to the NEA’s prioritization of identity politics and leftist political views?

Last year’s meeting included the teachers’ union promoting Critical Race Theory in K-12 public schools and then deleting all materials from its annual meeting website that mentioned CRT. In 2019, the focus was on adopting a social agenda instead of student learning. New business items on teaching the concept of “White Fragility” in trainings and staff development were approved, but a proposal on the union “putting a renewed emphasis on quality education” was defeated. In 2018, booth exhibitions seemed to resemble those of a social justice summit.

According to Brenda Lebsack, a California teacher who virtually attended this year’s NEA convention, the union continued to double down on turning public education into training ground for political activism.

The NEA does not want public education to be neutral ground in developing critical thinkers with an emphasis on academic achievement. Its priorities were apparent, because of the 110 motions discussed and voted on, only four remotely addressed student academic achievement. Those four dealt with student financial literacy and resources for English learners and language acquisition. Nearly half of the motions dealt with identity politics, social justice, and ways to promote the goals of the Democratic Party.

broad-brushing police as biased and corrupt; mocking the Second Amendment as a societal harm; fighting for preferential treatment for any and all groups considered “marginalized,” especially nonconforming genders and infinite sexual identities; fighting misinformation in the media (that is, any media outlets that do not agree with their views); increasing abortion rights; adding seats to the Supreme Court; and advocating for more queer representation on school boards.

Only fully vaccinated state delegates were allowed to attend the event, held this year in Chicago, “while unvaccinated teachers were excluded and stigmatized as a ‘harm’ to attendees,” according to Lebsack. “For a group that screams, ‘My body, my choice,’ the double standard is appalling.” “On a positive note,” Lebsack continues, “the NEA voted down a new business item trying to mandate that all teachers in the nation be vaccinated. It lost, with 84% of the vote opposing.”

Many educators are frustrated by politics seemingly ruling the union’s every turn, and both the NEA and the American Federation of Teachers (the other national teachers’ union) lost 2.3 percent and 2.1 percent of their memberships, respectively, in just the 2020-21 school year. Minnesota educators who are members of Education Minnesota pay dues to the NEA. Learn more here about letting the union know its political agenda does not speak for you.
Unions
Share on Facebook
Share on Twitter
Share via Email