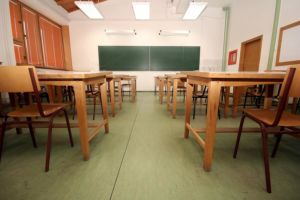 UPDATE: The National Education Association (NEA) has removed all materials from its annual meeting website that mention CRT and other new business items that were passed.

The national teachers’ union — the National Education Association (NEA) — has publicly embraced Critical Race Theory and will move forward with promoting its use in all K-12 public schools across the country.

During NEA’s annual four-day meeting, held virtually this year, delegates representing teachers and educators approved a new business item (number 39) that will “publicize” Critical Race Theory and provide a specific “team of staffers” for union members who “want to learn more and fight back against anti-CRT rhetoric.”

CRT is described as a “reasonable” and “appropriate” framework to inform curriculum and teach students about America’s history and society today.

The Association will further convey that in teaching these topics, it is reasonable and appropriate for curriculum to be informed by academic frameworks for understanding and interpreting the impact of the past on current society, including critical race theory.

The new business item also supports critiquing “forms of power and oppression at the intersections of our society,” including “white supremacy,” “cisheteropatriarchy,” patriarchy and capitalism, and opposing “attempts to ban Critical Race Theory and/or The 1619 Project.”

Additionally, the union is planning on joining “with Black Lives Matter at School and the Zinn Education Project to call for a rally this year on October 14 — George Floyd’s birthday — as a national day of action to teach lessons about structural racism and oppression.”

The Zinn Education Project is behind a national pledge that more than 5,000 teachers (including in Minnesota) have signed on to, where educators vow to continue teaching Critical Race Theory even against state law.

Other union business items adopted included “research[ing] the organizations” who oppose Critical Race Theory — which would include parent groups — and providing “resources” to counter such “attacks,” to name a few.

The NEA represents three million voices, but many of these voices believe the union is too caught up with non-education issues and partisan politics that promote a divisive ideology. If you are a Minnesota dues-paying teacher, you pay dues to the NEA. If you no longer wish to financially support the union’s political agenda, you can learn more about opting out of the union here. There are also non-union education associations available that offer double the liability coverage that the NEA offers at a fraction of the cost of dues. A recent YouGov poll sponsored by the Economist found that among Americans who have heard of Critical Race Theory and think they have a good idea of what it is, 58 percent have an “unfavorable” opinion of it versus 38 percent with a “favorable” opinion.