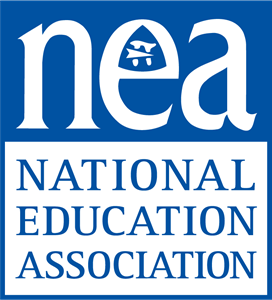 The National Education Association’s EdJustice campaign is encouraging teachers to “ring in justice this holiday season” by “incorporat[ing] your commitment to social justice at your celebrations this year.”

Included in the union’s recommendations are “symbols of justice” for the holiday table, such as a bell “to symbolize a way to pierce the silence in the face of all forms of oppression including racism, anti-Semitism, xenophobia, misogyny, and homophobia.”

This past summer, the National Education Association (NEA) held its annual Representative Assembly where delegates approved teaching the concept of “White Fragility” in trainings and staff development, endorsed “the fundamental right to abortion under Roe v. Wade,” and called on the U.S. government to “accept responsibility for the destabilization of Central American countries… and that this destabilization is a root cause of the recent increase of asylum seekers in the United States,” to name a few.

Yet, a proposal focused on student learning was defeated.

New Business Item 2 proposed the NEA should “re-dedicate itself to the pursuit of increased student learning in every public school in America by putting a renewed emphasis on quality education.”

Minnesota teachers who are union members pay dues that financially support the divisive and controversial political agenda the national union endorses. In fact, less than a quarter of every dues dollar remains local to cover collective bargaining services and teachers’ other day-to-day representational needs. The rest gets eaten up at the state and national levels in a political maelstrom.

Teachers, don’t let the union weaponize your money for partisan politics. Join us by signing up for our newsletter and other updates to demand the union respect your voice and choice.

Education Minnesota charges member teachers and education support professionals (ESPs) $25 to support its political action committee (PAC). The PAC deduction is treated as part of union dues, so teachers cannot choose to opt-out of the deduction once and for all.

If Minnesota’s educators want to protect their right to…