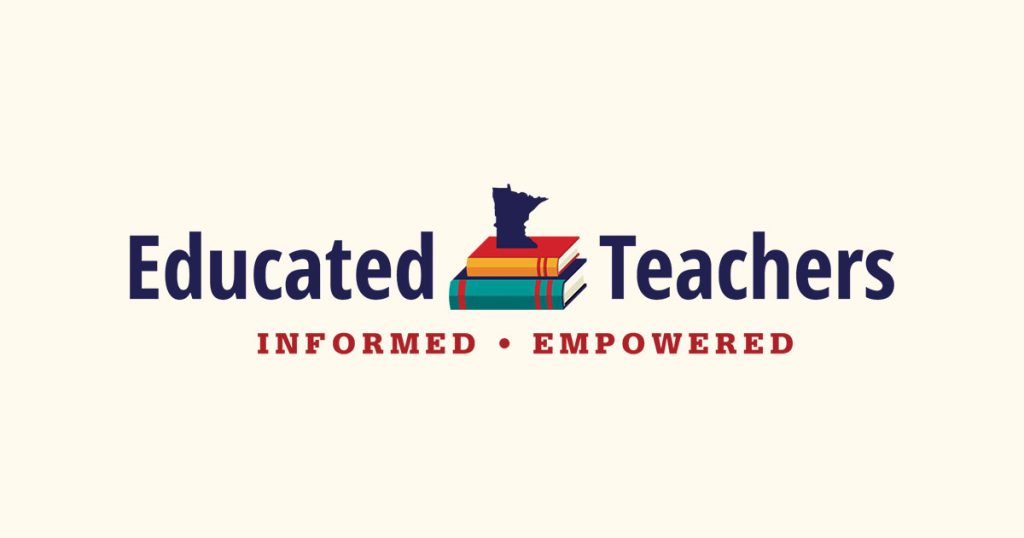 We hope you have received post cards from Educated Teachers, or seen our messages on social media, reminding you about your right to choose whether to financially support Education Minnesota and its affiliates. If not, we are glad you found the website.

You may have heard that EducatedTeachersMN is “anti-union.” We think that is an unfair attack; we just want teachers to know about their legal rights under the U.S. Constitution and Minnesota law, so you can make up your own mind. That is only fair.

Unfortunately, there is a lot of misinformation out there coming from the union and poorly informed members of the press. The union has even threatened school districts with unfair labor practice charges if the district discusses the Janus case with you.

We do think if enough teachers exercise their right to resign from the union, that the union is more likely to do a better job representing all teachers; and that would be a good thing. What is “enough?” We do not know.

But if very few teachers resign, Education Minnesota is unlikely to shift its focus away from politics and on to the every-day issues faced by teachers in the classroom (resources, loss of authority) and as professionals (pay, unfunded pensions, too much paperwork, etc.).

We recognize that resigning from the union is form of leadership; in some districts it will be a non-issue and even a popular decision but in others, it will take some guts. But honestly, what you decide to do is like voting: your decision is nobody else’s business. Your decision is private.

We also fully appreciate that for many teachers and education support professionals (ESPs), this is a big decision. Some of you might just be hearing about this opportunity. For others, it just is not getting to the top of a big pile of things to do this fall!

Long before the Janus case was decided at the Supreme Court last summer, Education Minnesota gave union members a seven-day resignation window just once a year to resign from the union. That is because no one has ever been forced to join a union; that would violate your rights as a citizen. Under the Constitution, you cannot be forced to “associate.”

Before the Janus ruling, teachers and ESPs who resigned became “fair-share” fee payers or religious objectors. Those non-member categories are now gone. But the seven-day window remains.

We think the seven-day window is totally unreasonable given what the Court said about your right not to financially support a union in Janus. The union needs to know about membership revenues, so it can hire people, plan, etc. just like any business but surely it could figure out a way to make it less onerous for teachers and ESPs than the current approach.

Until that is all worked out legally, the seven-day window that opens Monday the 24th and shuts Sunday the 30th is your only opening until 2019.

We hope EducatedTeachersMN is informative and empowering as you consider your options!