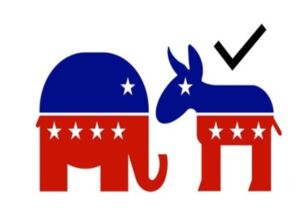 Minnesota educators who are members of Education Minnesota pay hundreds of dollars every year in dues to the state teachers’ union and its national affiliates.

Very little of those dues remain with the local union — where the collective bargaining is handled. Most of the dollars get sent up the chain to the state and national teachers’ unions where they underwrite areas such as administrative costs and political agendas and organizations.

To identify how dues are spent, the best public source is through an LM-2, which is a federal report that unions file annually with the U.S. Department of Labor. But these reports are often difficult to interpret, which leaves teachers not knowing exactly how their hard-earned money is spent or erroneously believing that their dues aren’t used for political purposes.

According to Education Minnesota’s 2019-2020 LM-2 report (the most recent available), the teachers’ union spent over $1.2 million on what it self-identified as “Political Activities and Lobbying.” Dues dollars go toward this spending.

As previously mentioned, dues dollars also go to the national teachers’ unions — the National Education Association (NEA) and the American Federation of Teachers (AFT) — where they too get spent on political objectives. For example, this past summer at the NEA’s annual meeting, delegates approved a new business item that publicly embraced Critical Race Theory (CRT) and will move forward with promoting its use in all K-12 public schools across the country, with an expected cost of an additional $127,600. (As a comparison, the NEA spent just $0.05 of every $1.00 on what it self-identified as “representational activities” in 2020.)

So, yes, teachers’ union dues do get spent on politics — both directly and indirectly.

If you are a Minnesota educator who is a current member of Education Minnesota, you have an opportunity to let the union know its prioritization of politics and controversial policies is doing a disservice to you and the students you serve. By opting out of union membership, the union can no longer take you or your hard-earned money for granted to advance its political agenda. You can always rejoin but only have until September 30 to make your decision before your membership is locked in for another year.

Remember, non-union members do not lose any health insurance benefits, their tenure, seniority or their pensions — these are provided by your employer the school district, not the union. There are also liability coverage options that are free from partisan politics and offer double the protection the union provides for a fraction of the cost of dues.

Hundreds of MN teachers have left the union

Since being given a choice by the U.S. Supreme Court’s landmark Janus decision, over 7,200 teachers, aspiring educators, and other public education workers across Minnesota have exercised their right not to join or pay a union.

“I was a union exec board member. They only represent very liberal agendas and lack…

Education Minnesota, the state’s teachers’ union, is a huge advocate of “making the wealthiest Minnesotans pay their fair share,” and yet charges new, underpaid teachers the same dues dollar amount as their higher paid, tenured colleagues.

In Minnesota, the average entry-level teacher salary is $40,310 a year,