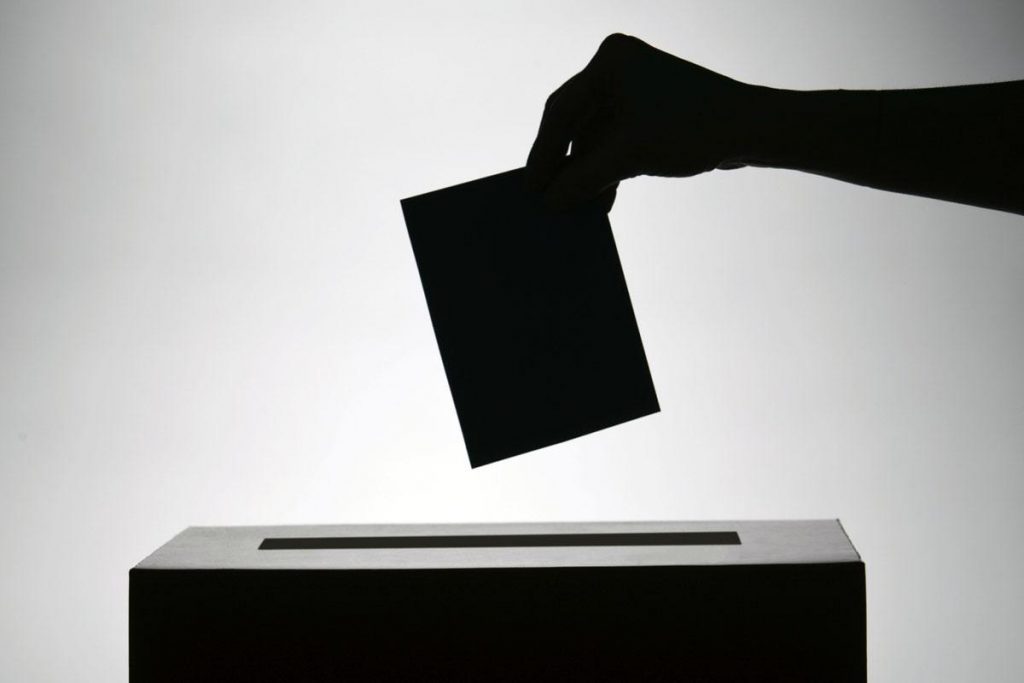 Secret Ballot Elections from 1957 to 2017. Educated Teachers researched the voting data on file with the State of Minnesota at the Bureau of Mediation Services, or BMS. What we found is that from 1957 to 2017, only 58 out of the 318 school districts on record at BMS held a secret-ballot certification election for exclusive union representation of teachers. That is only 18 percent over a 60-year period.

Furthermore, as detailed below, most of those elections occurred during the 1970s. Outside of elections, districts recognized the teachers’ union as the exclusive collective bargaining agent through grandfathering, joint request, or voluntary recognition—none of which require a vote from teachers.

Because Education Minnesota has exclusive representation rights as a matter of law, the union collectively bargains on behalf of both members and non-members. But teachers have no way to assess their exclusive representative relationship with Education Minnesota, despite the union’s stated commitment to “workplace democracy” as one of its core, institutional objectives.

As detailed in our research, teachers in the classroom today have never voted on whether the union, which has the exclusive power to represent all teachers including non-members, has represented them well. 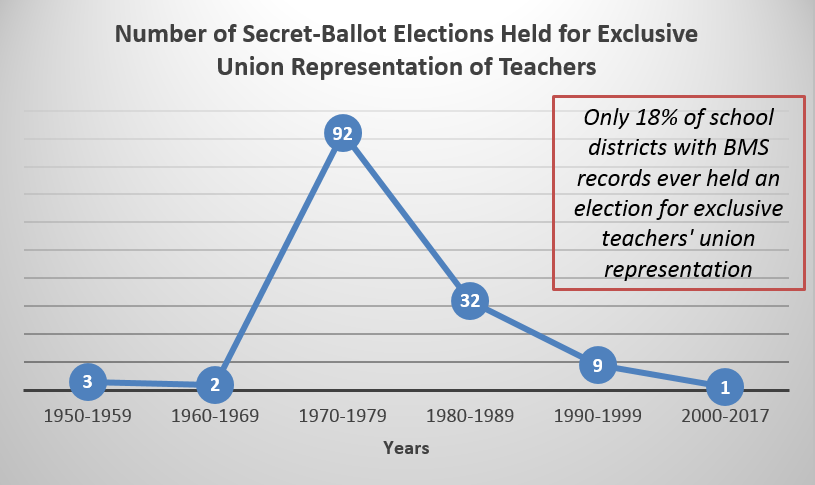 Source: Archived Certification Data from the Bureau of Mediation Services

Secret-ballot elections 2000 to 2017. Only five (5) teachers have voted in a certification election across all school districts from 2000-2017, according to available teachers’ union data from the Bureau of Mediation Services. That certification election was held in the tiny Pine Point Public School District (Becker County) in 2000 with five votes in favor of exclusive representation by Education Minnesota out of a total of eight eligible votes.

From the 2004-2005 school year through the 2016-2017 school year, Education Minnesota gained 4,822 new (net) eligible voters. Of that total, 3,354 were teachers and 1,468 were ESPs. Since the only recent and last recorded teachers’ union election was in Pine County in 2000, none of these new teachers had a vote in who would represent them.

Given that most of the teachers’ local unions were recognized in the 1970s either by grandfathering, joint request, or voluntary recognition, and a smaller number by actual certification elections, it is fair to conclude that, Pine Point School District notwithstanding, the percentage of teachers in the classroom today who supported or voted for (or against) the current union representation is zero, or nearly so.

When you accept a teaching job in Minnesota, you accept the exclusive representation of the union whether you are a member or not. If you do not, you do not get the job.

You can read the research paper here.